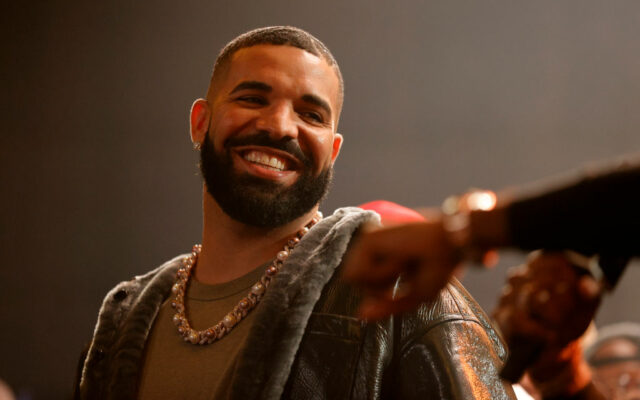 The Backstreet Boys brought out their “sixth member” Drake at a show in Toronto last Saturday.  They sang “I Want It That Way”, which was apparently a special part of Drake’s teenage years.

He said, quote, “At my bar mitzvah, for the first time in my life, this girl who I was in love with came up to me while one of the greatest songs of all time played . . . She asked me if I would dance with her to the song.  It was the first time I ever felt acknowledged, like I had a shot at being cool.”

The Backstreet Boys posted a video of the performance.  You can see Drake dance along, then he gets to sing the very last part of the song.