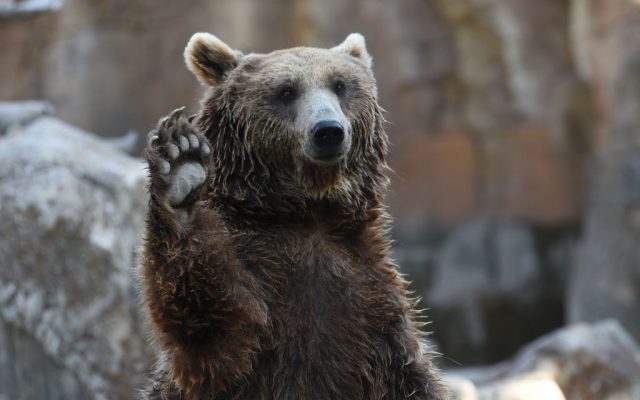 A 17-year-old girl out of Southern California is going viral for her work saving her dogs… from a bear.

Hailey Morinico was gardening in her parent’s backyard when a mother bear and her cubs appeared walking along a cinder block wall at the end of the yard. Her dogs began barking and lunging at the bears and the mama bear started swatting at the pets.

A 17-year-old wasted no time fending off a huge bear, pushing it off a wall, before it could get to dogs—including her mother's service dog—in her backyard. https://t.co/5rjCTRJ8uH pic.twitter.com/6dJ14fLy2y

That’s when Haily stepped in to shove the bear off the wall. The teen said she is lucky to have walked away with only a sprained finger and a scraped knee.