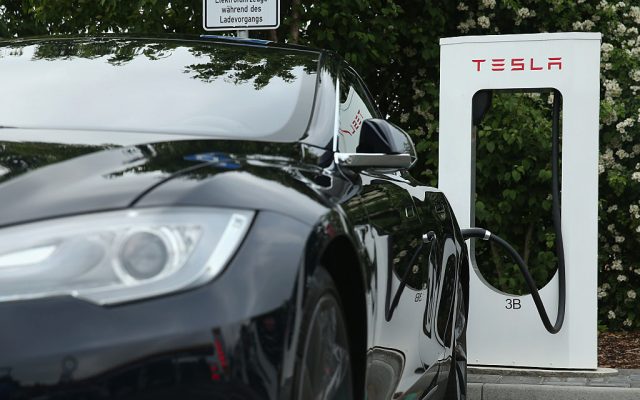 The California Highway Patrol is searching for a man who was seen cruising down the highway in the backseat of his Tesla — with nobody in the front seat.

Video taken by another motorist shows the man grinning from ear-to-ear as he plays to the camera, waving at the shocked cameraperson. Since the clip was handed over to CHP officials, other videos and photos of the same man have turned up online.

In a post on Facebook, CHP officials say the “incident is under investigation” and they’re actively looking for the non-driver. What kind of charge should this man face?