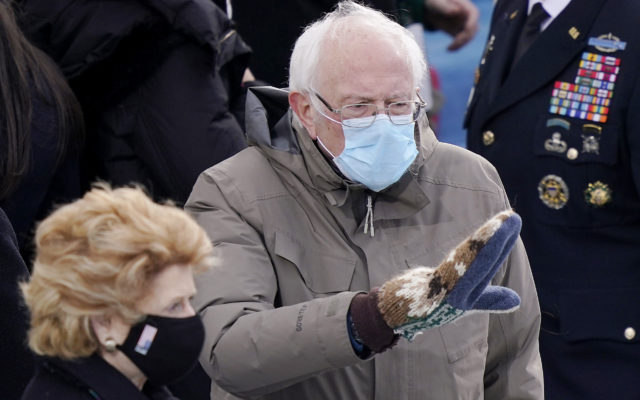 Bernie Sanders and his mittens were one of the most talked-about things from the Inauguration.  And the woman behind the accessories has been revealed!

Jen Ellis is the one who gave Bernie the mittens back in 2016. She was making presents for her daughter’s teachers, and Sanders’ daughter-in-law owned the preschool that her daughter attended.  Because of this, she was able to get a pair to Bernie.

Jen reveals that Bernie has been wearing the mittens since he was on the campaign trail trying to get the presidential nomination.

Thanks for all the interest in Bernie's mittens! It truly has been an amazing and historic day! I'm so flattered that Bernie wore them to the inauguration. Sadly, I have no more mittens for sale. There are a lot of great crafters on ETSY who make them. -Jen Ellis,

She also said, “I’m so excited that he likes the mittens and he wants to wear them. They are practical and warm, and they look nice. And, yeah, I had no idea that this is what would happen.”