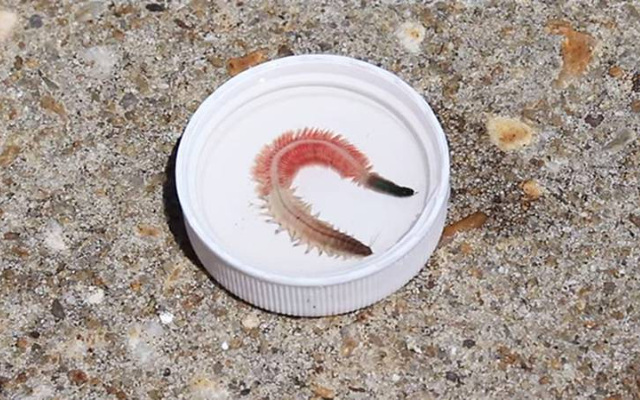 Summer might be just around the corner, but don’t expect to see many South Carolina residents taking dips in the ocean anytime soon.

The state’s Department of Natural Resources has issued a warning to stay out of the water following an invasion of Hook-Jawed Sea Worms. Also known as clam worms, the 7-inch predatory marine creatures have been spotted in groups of thousands in recent days as they rise to ocean’s surface so their bodies can morph into epitokes, the department reports.

“This fascinating phenomenon occurs every year at our marine headquarters in Charleston and is often followed by hungry throngs of fish and birds along the marsh edge,” reads a release from the Department of Natural Resources.

“You may not want to go swimming with epitokes, as clamworms do have a set of hooked jaws.” Have you ever been bitten in the ocean?