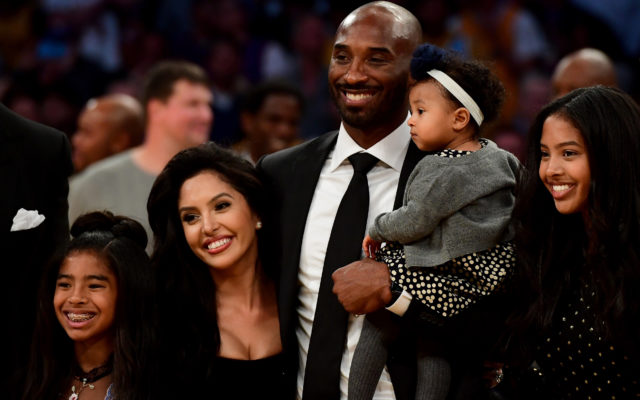 LOS ANGELES, CA - DECEMBER 18: Kobe Bryant poses with his family at halftime after both his #8 and #24 Los Angeles Lakers jerseys are retired at Staples Center on December 18, 2017 in Los Angeles, California. NOTE TO USER: User expressly acknowledges and agrees that, by downloading and or using this photograph, User is consenting to the terms and conditions of the Getty Images License Agreement. (Photo by Harry How/Getty Images)

UPDATE:  TMZ is now reporting that Kobe and Vanessa’s daughter, Gianna Maria was also on board the helicopter and died in the crash.

TMZ has confirmed that Kobe Bryant died in a helicopter crash in Calabasas Sunday morning. The NBA superstar was traveling with at least 3 other people in his private helicopter when it went down. Emergency personnel responded, but nobody on board survived. 5 people are confirmed dead. Reports state Vanessa Bryant was not among those on board.

The cause of the crash is under investigation.