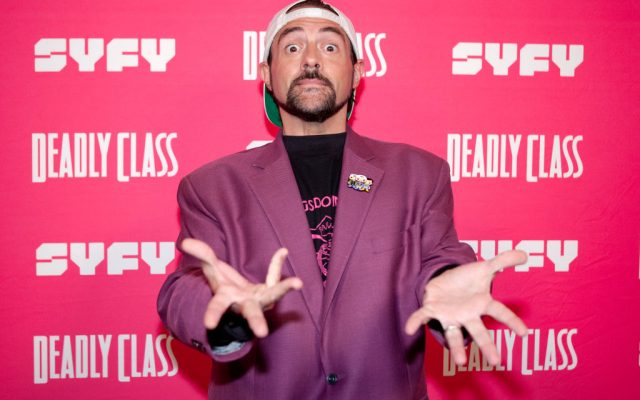 With Jennifer Lopez and Ben Affleck spotted hanging out again and #Bennifer trending again, Kevin Smith wants to remind everyone that he is the one that came up with that name.

The “Clerks” director has taken to Twitter to tell everyone that he came up with the name “during “Jersey Girl” pre-production before the world found out they were dating.” Smith went on to claim it was shortly after he dropped the name in a NY Times interview that word “entered the vernacular.”

“Bennifer” is trending.
It’s a name I first gave the kids during “Jersey Girl” pre-production, before the world found out they were dating.
I’d later drop the name in an interview with the @nytimes. Shortly thereafter, it appeared in the article and then entered the vernacular.