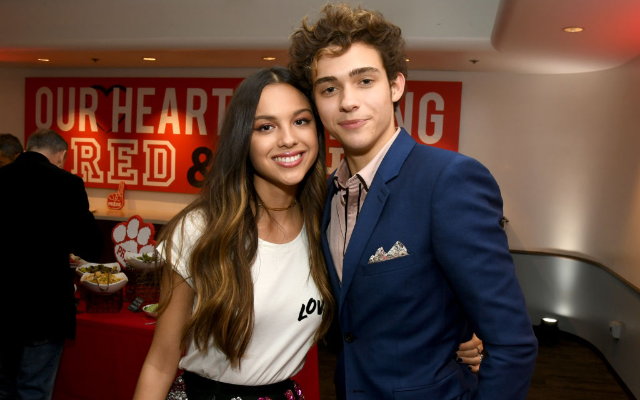 During Joshua Bassett’s recent interview with GQ, the High School Musical: The Musical: The Series star addressed rumors of his “love triangle” with Olivia Rodrigo and Sabrina Carpenter.

“People don’t know anything they’re talking about,” said Bassett. “the hardest thing” has been “biting my tongue, in a lot of ways, but the reality is it’s kind of like a lost cause trying to talk about any of that stuff, and I refuse to feed into any of the bulls—, so I just don’t,” Bassett responded.

The controversy ensued when Rodrigo released her song, “Driver’s License,” fans considered Rodrigo and Bassett, who were on-screen lovers, to be the real-life lovers Rodrigo sings about in her chart-topping hit.

Bassett dismissed speculation surrounding his own song, “Lie, Lie, Lie” which he released a week after “Driver’s License,” then Carpenter released “Skin” and was deemed the “blonde girl” Rodrigo referenced in her song.

Even though Bassett dismisses that there was a “love triangle” between him, Sabrina Carpenter, and Olivia Rodrigo, do you think their songs prove otherwise?

“I would much rather deal with consequences and live my truth than live in fear." thank you @GQMagazine ! full article out now:)https://t.co/SgnTsBYorI pic.twitter.com/MTkZFg1DsS