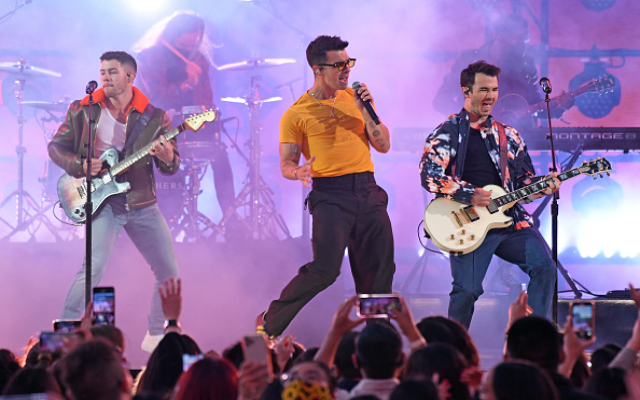 Nick Says ‘Wasn’t Me Who Told’ Another trailer for the upcoming Jonas Brothers comedy roast and Nick’s secret is out!

Pete Davidson was seen in the trailer taking shots at Nick, Kevin, and Joe and he even revealed one of Joe’s biggest secrets. “They are a global tour de force playing concerts to thousands of adoring fans night after night. But are you aware Joe once s–t his pants at school and had to call his mommy to come get him?” said Pete.  The Jonas Brothers will be joined by other celebs such as Kenan Thompson, Lilly Singh, Pete Davidson, Jack Whitehall, John Legend, Blake Shelton, Niall Horan, and Gabriel Iglesias.  Do you have the Jonas Brothers Family Roast on your Netflix ‘to watch’ list?

The special will air on Netflix on November 24th.