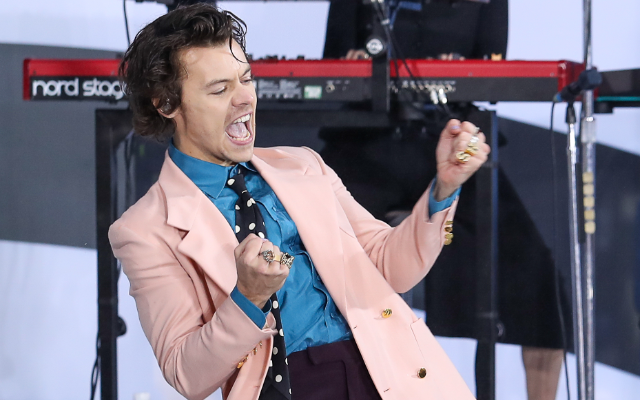 Rumors have been swirling about co-stars, Harry Styles, 26, and Olivia Wilde, 36 dating and now their romance has been confirmed.

Styles and Wilde were spotted holding hands at his agent’s Santa Barbara wedding over the weekend.

This is Olivia’s first public relationship since breaking up with Jason Sudeikis in early 2020, with who she shares two children. Olivia has been the target of trolls on social media since going public with Harry. The new couple is currently on the set of “Don’t Worry Darling,” Olivia serves as Harry’s co-star and director.

Fans are pointing out that Harry has always had a thing for older women. During a 2012 interview with YOU Magazine, Harry was questioned about how old of a woman was too old for him, “Any woman older than my mum Anne — who is 43,” Harry responded.

Styles’ dating track record definitely proves that he meant what he said, the former One Direction has dated Caroline Flack, who was 32 at the time the pair dated. In 2015 Harry dated Nicole Scherzinger, who was 35 at the time. He and Taylor Swift dated in 2012, she was the youngest of his former flames, who was only five years older than Styles.

Do you think Harry Styles has finally found “the one” in Olivia Wilde?

I don't know who needs to hear this but harry styles and olivia wilde pretending to date for promo isn't relevant right now. in fact it was never relevant.