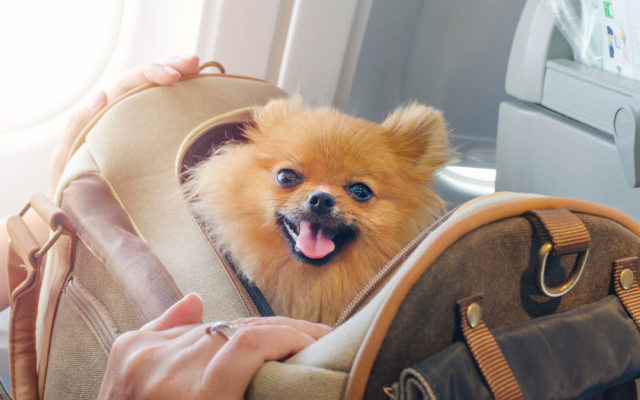 The U.S. Department of Transportation proposed rule changes Wednesday that would narrow the types of animals that could be taken on planes as emotional support animals, the AP reports. The new rules would allow airlines to ban all animals from flights except specially trained service dogs–including cats, pigs, pheasants, rabbits, snakes, and untrained dogs.

People would also have to pay to have their animals shipped, often $100 each way per animal. Sara Nelson, president of the Association of Flight Attendants, was pleased with the proposal. “The days of Noah’s Ark in the air are hopefully coming to an end,” she said. Disability advocate Albert Rizzi also applauded the rules, saying, “This is a wonderful step in the right direction for people like myself who are dependent on and reliant on legitimate service animals.”

The public will now have 60 days to comment on the proposed changes.