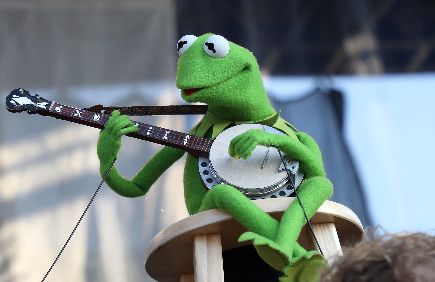 There are a couple simple rules in life, if you are the passenger in the car you can’t touch the music without permission, leave your wet rainy shoes outside of the house and do not mess with the voice of any Muppets. Well someone broke rule #3.

The trailer dropped for Muppets Now. It will premiere on Disney+. Everyone was quick to notice the sound of Kermit the Frog‘s voice. It was not the sound you know and love.

The original voice actor of Kermit left in 2017.

His replacement voiced Kermit at live shows at big arenas so no one really paid attention. Once the trailer dropped people were quick to point out the change in voice.

People took to social media and wrote, what did they do to Kermit’s voice #NotMyKermit. Who is this new Kermit voice? Umm Kermit’s voice, what happened?

Do you think you will get use to Kermit’s new voice?