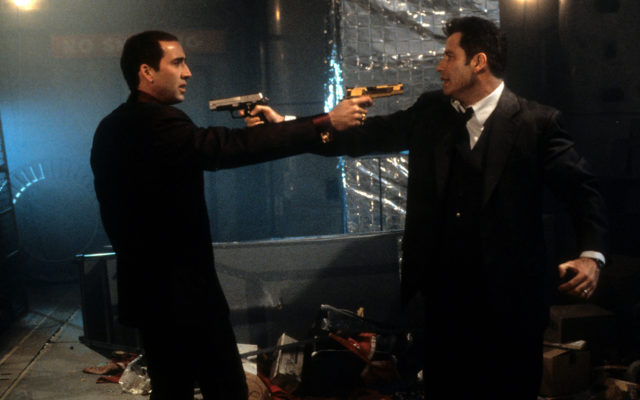 It’s been 24 years since Nicolas Cage and John Travolta starred in the original “Face/Off,” and reports are that a sequel is now being developed.

“Godzilla vs. Kong” director Adam Wingard is set to helm the new movie and clarified rumors that his movie would be a reboot via Twitter writing “I would NEVER re-imagine or remake FACE/OFF.

Adam clarifying things a bit on Instagram… Face/Off is a miraculous film, we would never attempt to directly recreate its magic, but we are very excited about what we have planned. pic.twitter.com/hXtTDcTGiw

It’s a perfect action movie. Simon Barrett and I are writing a direct SEQUEL!” Plot details and cast members have not yet been released but it’s expected to be a totally new cast.