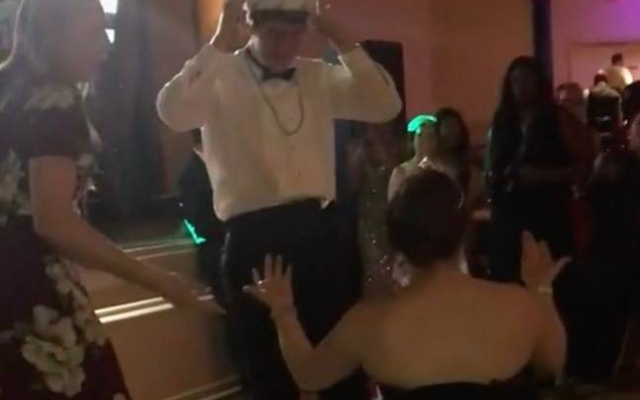 A 2017 video of a prom queen in a wheelchair is going viral on TikTok after it was reposted by a friend of the prom queen.

The video was uploaded by user Celeste Orozco on Thursday and already has 16 million views. The video captured the moment the DJ played Ed Sheeran’s “Thinking Out Loud” as the first dance.

“When your legs don’t work like they used to before,” Sheeran sings in the song’s opening line. Other prom attendees can be heard cringing at the bad choice of songs.

“This would haunt me the rest of my life if I were the DJ,” Orozco wrote on top of the scene, which has over 2.8 million likes and 44,900 comments. “The DJ was slipped a $20 to play that by the girl who came in second place,” one commenter wrote.

Have you ever experienced a DJ playing the wrong song at the wrong time?