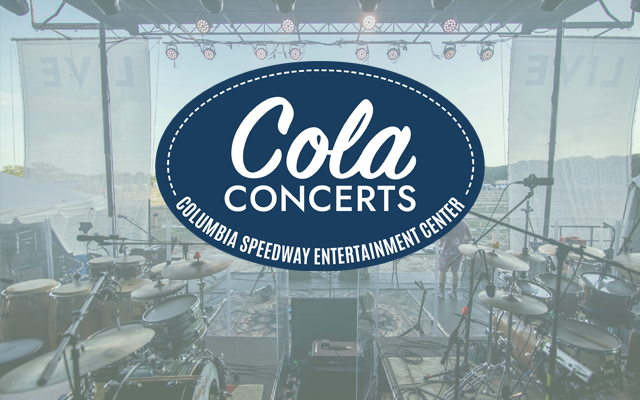 Cola Concerts is bringing music back to Columbia with a star studded lineup to kick off the new series at the Columbia Speedway Entertainment Center. The acts include indie rock duo and Charleston natives Shovels and Rope on November 14, retro-soul band St. Paul & The Broken Bones on November 20, southern rockers The Allman Betts Band with special guest Tab Benoit on November 21, Grammy Award winners Ranky Tanky on November 22, and country music legend Wynonna Judd on December 10.

Tickets for these shows go on sale this Friday, October 23 at 10:00 AM, but fans can sign up now at colaconcerts.com for exclusive presale offers.

Kicking off the fun at Columbia’s historic Speedway, they’re accomplished musicians in their own right prior to dedicating themselves full time to Shovels & Rope in 2011, Michael Trent and Cary Ann Hearst have made a career together by seizing opportunities and never resting on their laurels or being complacent in doing something just because. The Charleston, South Carolina natives have been carving out a niche in the music world with strong, roots/indie/folk/rock-inspired efforts like 2012’s O’ Be Joyful, 2014’s Swimmin’ Time, and 2016’s inward-looking Little Seeds, as well as their powerful live show, far-reaching tours, and myriad TV and festival appearances.

Spending next month’s paycheck this week on @Colaconcerts @StP_BrokenBones @Ranky_Tanky and @allmanbettsband bc all 3 shows are the weekend my kid turns 18!!! Soooooo excited for live music!

The state-of-the-art screens are more than 40-feet wide that can also be viewed during daylight hours. The new entertainment center is built to meet the highest COVID standards. The venue features COVE seating, 12’x10’ square seating areas with room for two to four guests and are socially distanced from other COVES.

All tickets go on sale this Friday, October 23, 10:00 AM at ColaConcerts.com.

Tickets will also be available the night of show at the gate, subject to availability. Each ticket will admit one guest. Guests will be required to purchase every seat in their COVE. Fans are encouraged to sign up for Cola Concerts Speedway Club at ColaConcerts.com to get all show announcements and early access to ticket presales.