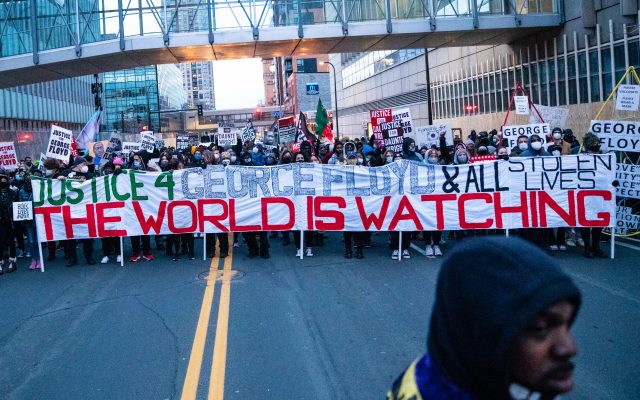 One of the highest-profile court cases in years has come to an end, with former Minneapolis police officer Derek Chauvin found guilty on all counts in the death of George Floyd.

After reading the verdicts, Judge Peter Cahill thanked the jurors “for not only jury service, but heavy-duty jury service”.

Sentencing for Chauvin has been scheduled for eight weeks from now. Columbia leaders continue to ask for calm  and for the Midlands to serve as a positive model not only for the nation, but for our world.

RCSD asks the community to remain calm and respectful as we await the verdict today. We support the right to peaceful assembly but will not tolerate criminal activity. Only by working together can we effectively address social injustices. Let us be a positive model for the World.

This is a developing story.  Stay with Q93.5 for more