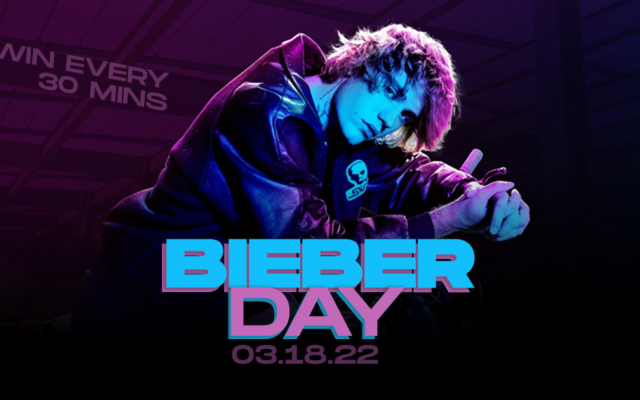 ALPHA MEDIA’S CONTEST-SPECIFIC RULES FOR THE

NO PURCHASE NECESSARY TO ENTER OR WIN.  A PURCHASE WILL NOT INCREASE YOUR CHANCES OF WINNING.

These contest-specific rules should be read in conjunction with Alpha Media’s General Contest Rules, which are applicable to all contests conducted by Alpha Media Holdings LLC and/or its subsidiaries (including licensee subsidiaries).

[DEF JAM], and not [WARQ], is solely responsible for [notifying all winners and awarding all prizes.].

Listeners are eligible to win an Alpha Media contest valued at $600.00 or more only once every six months.

VIA TELEPHONE – [LISTEN FOR THE CUE TO CALL THEN CALL (803) 695-9935.]  At the time of their call, entrants must provide all requested information, including their first and last name, complete postal address (street, city, state, and zip code), email address, telephone number, and date of birth.  Use of any device to automate entry is prohibited.  Proof of submission of an entry shall not be deemed proof of receipt by Station.  The contest/sweepstakes administrator’s telephone system is the official time keeping device for the Promotion.

[ODDS OF WINNING DEPEND UPON THE NUMBER OF ENTRIES RECEIVED, AS APPLICABLE]

Decisions of Station management with respect to the Promotion are final.

[ON FRIDAY MARCH 18TH WINNERS WILL BE SELECTED FROM CALLERS INTO THE CONTEST AND WILL BE NOTIFIED ON HOW TO RECEIVE/ACCEPT THEIR TIX VIA REPRESENTATIVE OF DEF JAM RECORDS.]

iii. represent and warrant that: you are at least as old as the age of majority in your state; you have the full legal right, power and authority to grant to Alpha the license provided for herein; you own or control the complete exhibition and other rights to the Materials you submitted for the purposes contemplated in this license; you are either the parent (or legal guardian) of any minor featured in the Materials or have received the express consent of the parent (or legal guardian) for any such minor to appear in the Materials and to enter the minor’s likeness in the Materials in the contest; and neither the Materials nor the exercise of the rights granted herein shall infringe upon or violate the right of privacy or right of publicity of, or constitute a libel or slander against, or violate any common law or any other right of, any person or entity.

difficulties, malfunctions, disconnections, other technological failures, telephone service outages, delays, dropped calls, or busy signals, or any other difficulties that may prevent an individual from sending or receiving a text message; or (iii) lost, stolen, mangled, misdirected, postage due, illegible, incomplete, incorrect, or late entries.  Further, the Released Parties are not responsible if any part of a Promotion prize cannot be awarded due to acts of god, acts of war, natural disasters, weather, acts of terrorism or other factors beyond Alpha’s control.